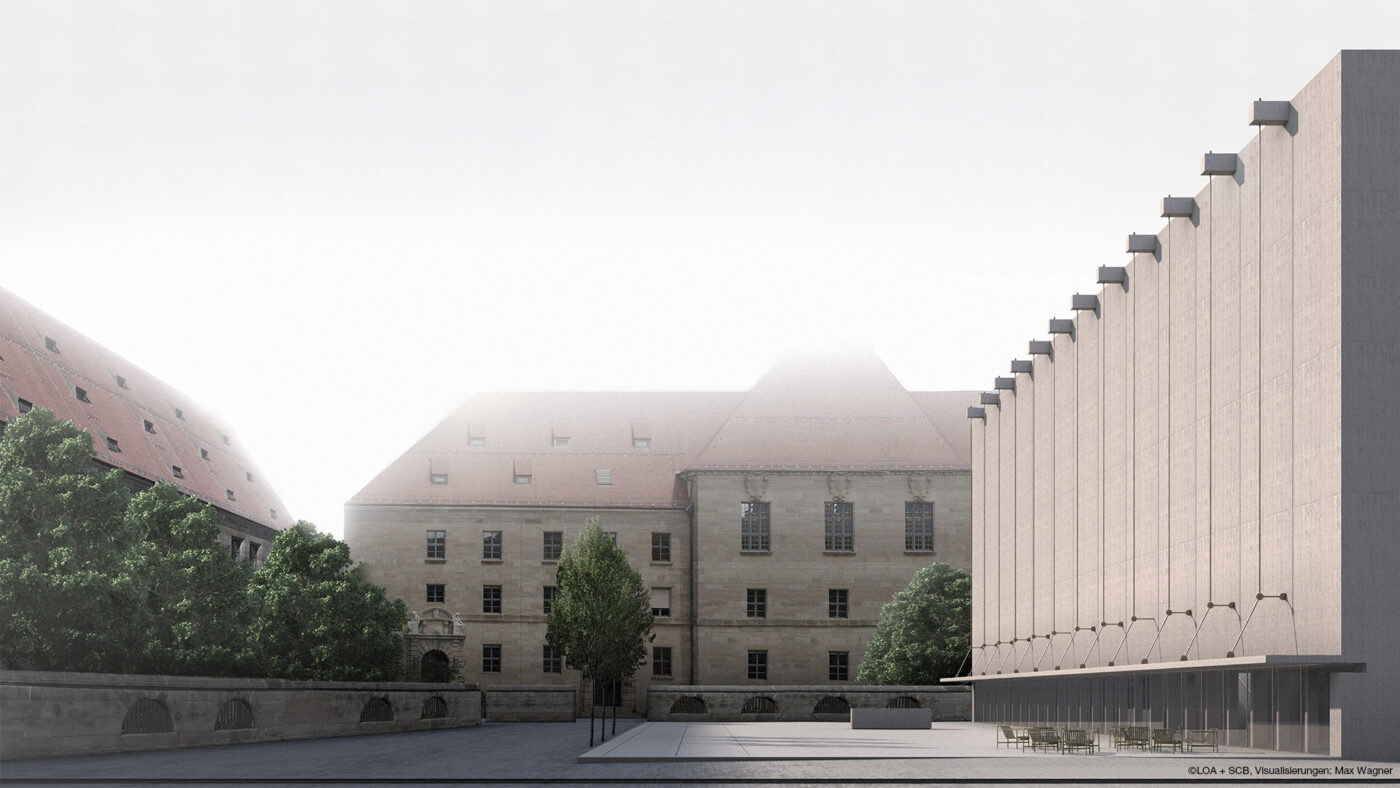 The submission of the design by LOA | Lars Otte Architektur to the open competition “Redesign of the surroundings at the Nuremberg Trials Memorial and construction of a new visitor center” – in which we were involved in the planning of the green spaces – was recognized with an award.

The ensemble of the Palace of Justice is freed up in terms of urban space by the creation of a new square in front of the East Wing/Memorium. The imprecise transition to the adjoining, previously open block edge development is clarified by the placement of a narrow disc-shaped building on the eastern border of the competition parameter. Strong, self-confident and above all aware of the significance of the site, the new building leans against the firewalls of the eastern development and thus clears the new space. Thus, the desired visual relationship to the east wing/memorium is created and the historical square situation during the Nuremberg Trials is abstractly recreated. The opening of the public first floor enlivens and plays with the created square space over its entire depth.
Hidden under this square – similar to Hall 600 in the existing building – is the heart of the new building in the form of a spacious exhibition room.

“Strong, serious and clear, the new building towers up in the form of a disc and frames the view across the square to the Memorium with the help of its archaic simplicity.” 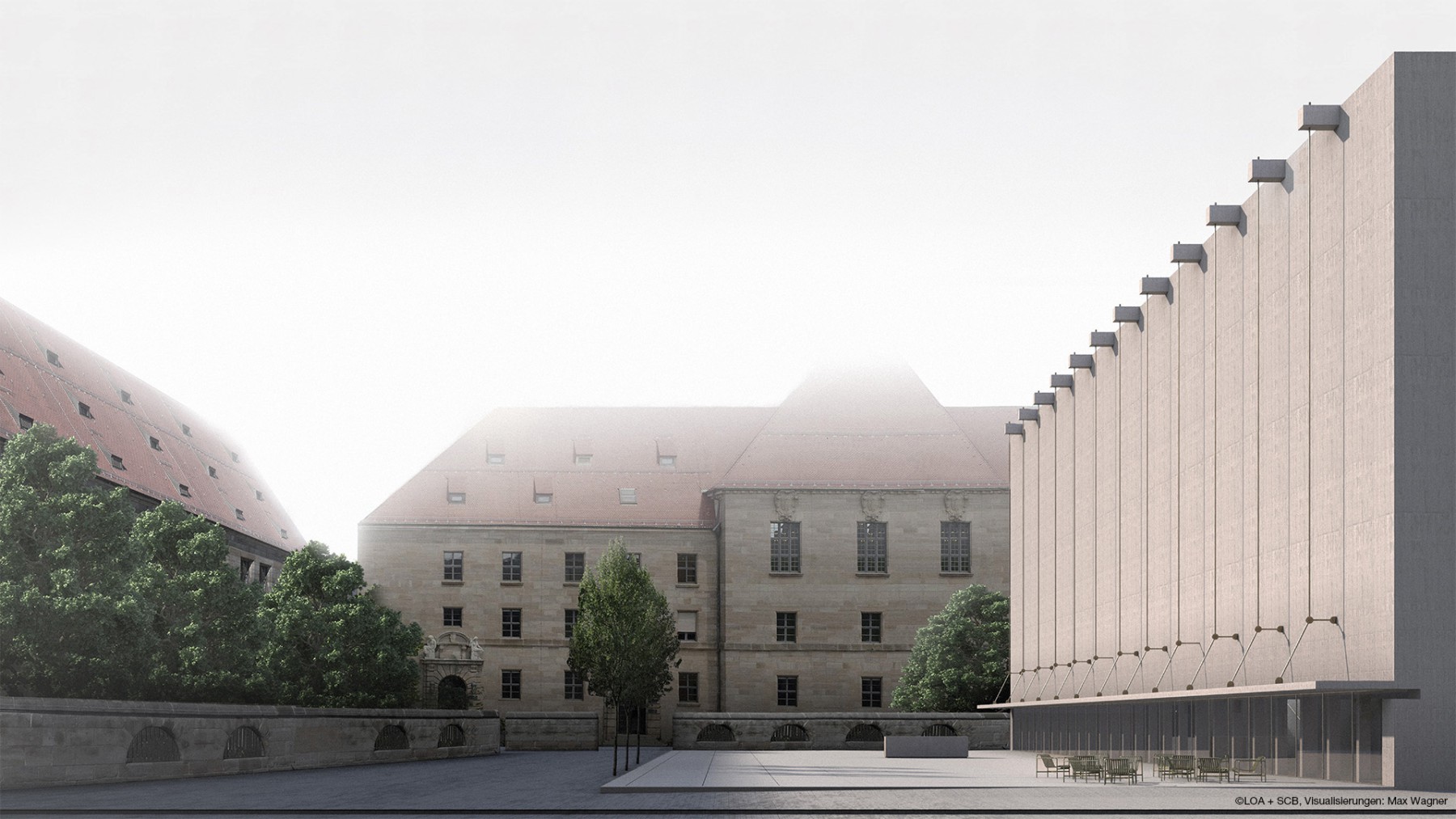 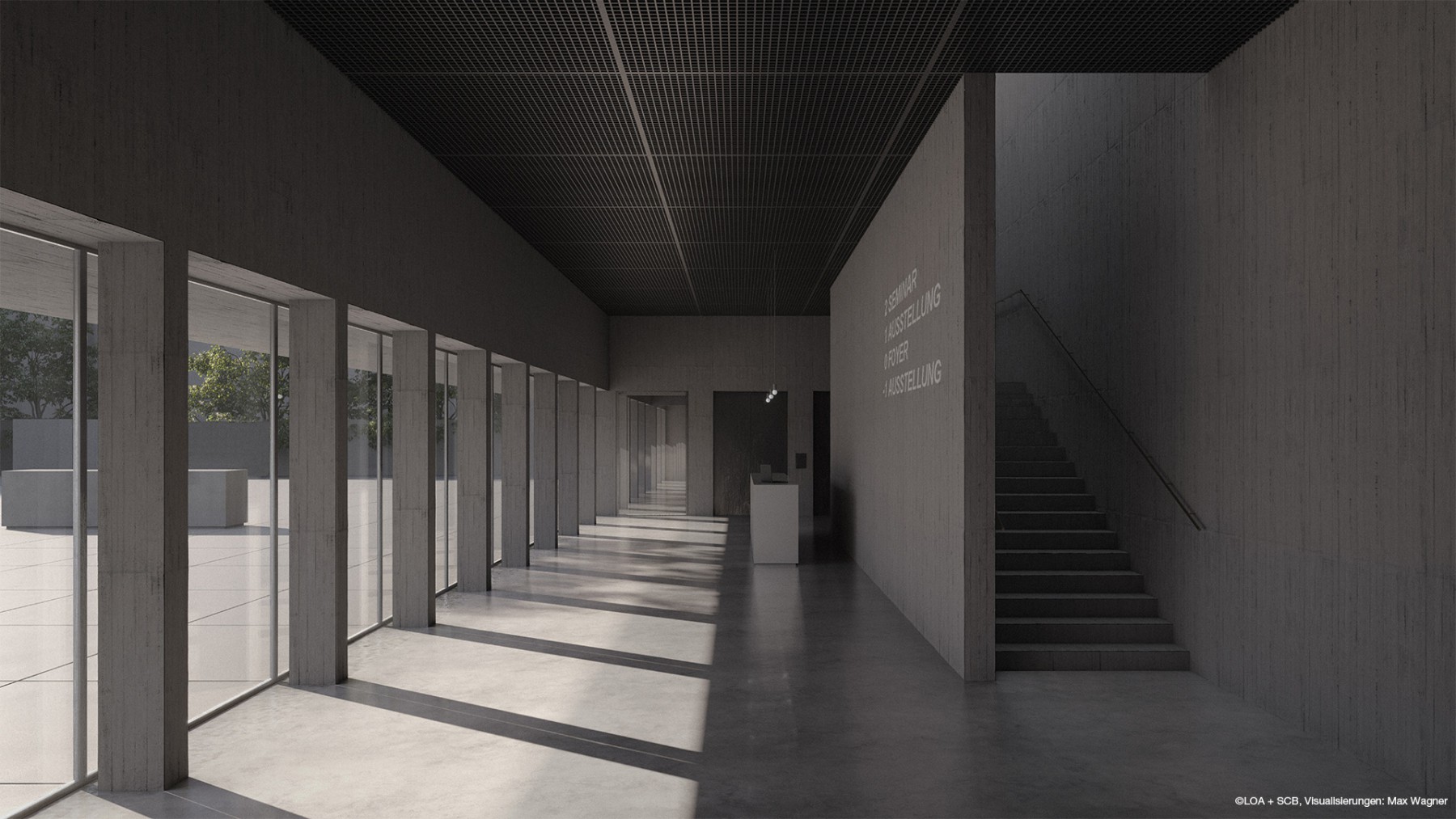 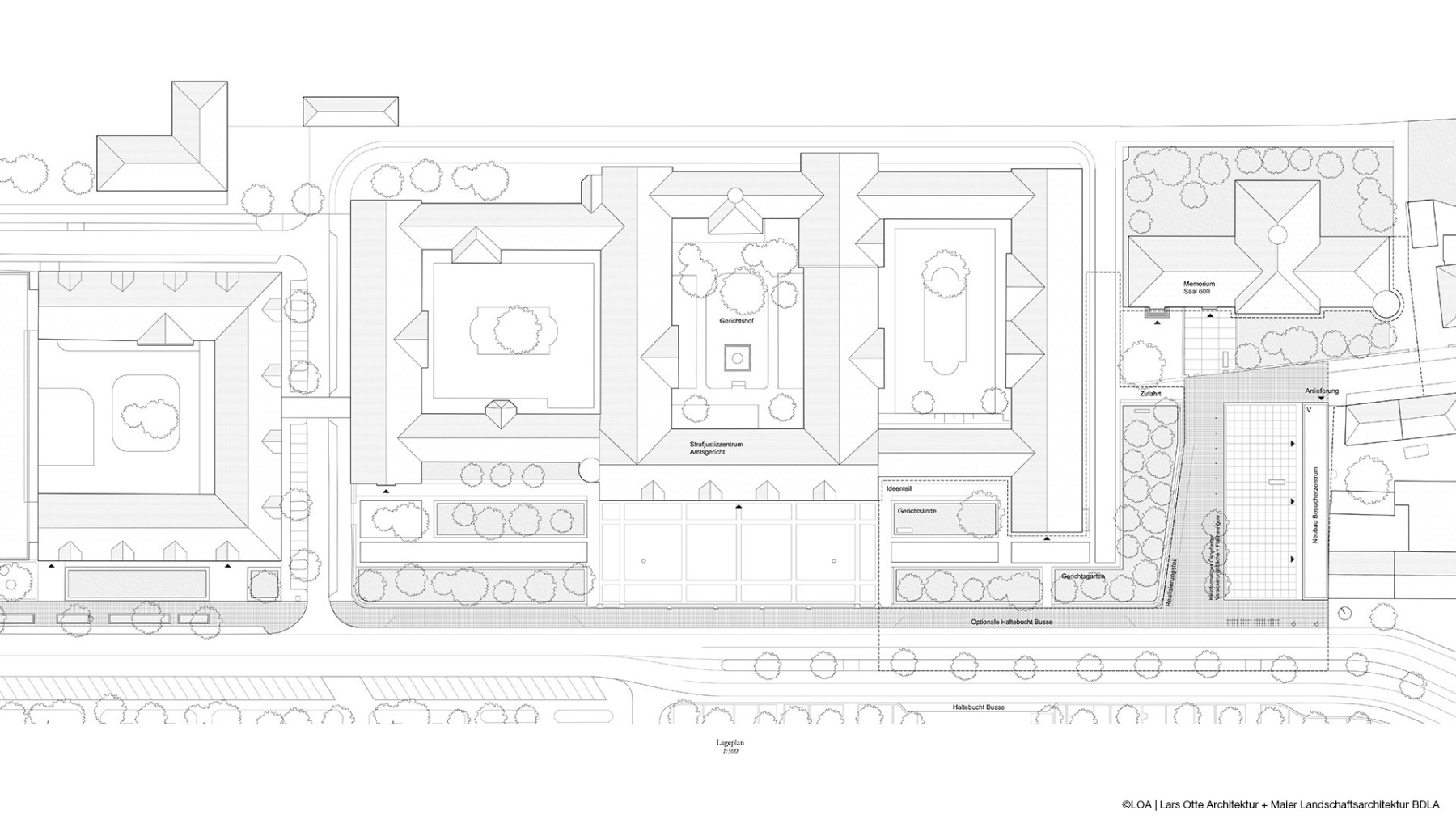 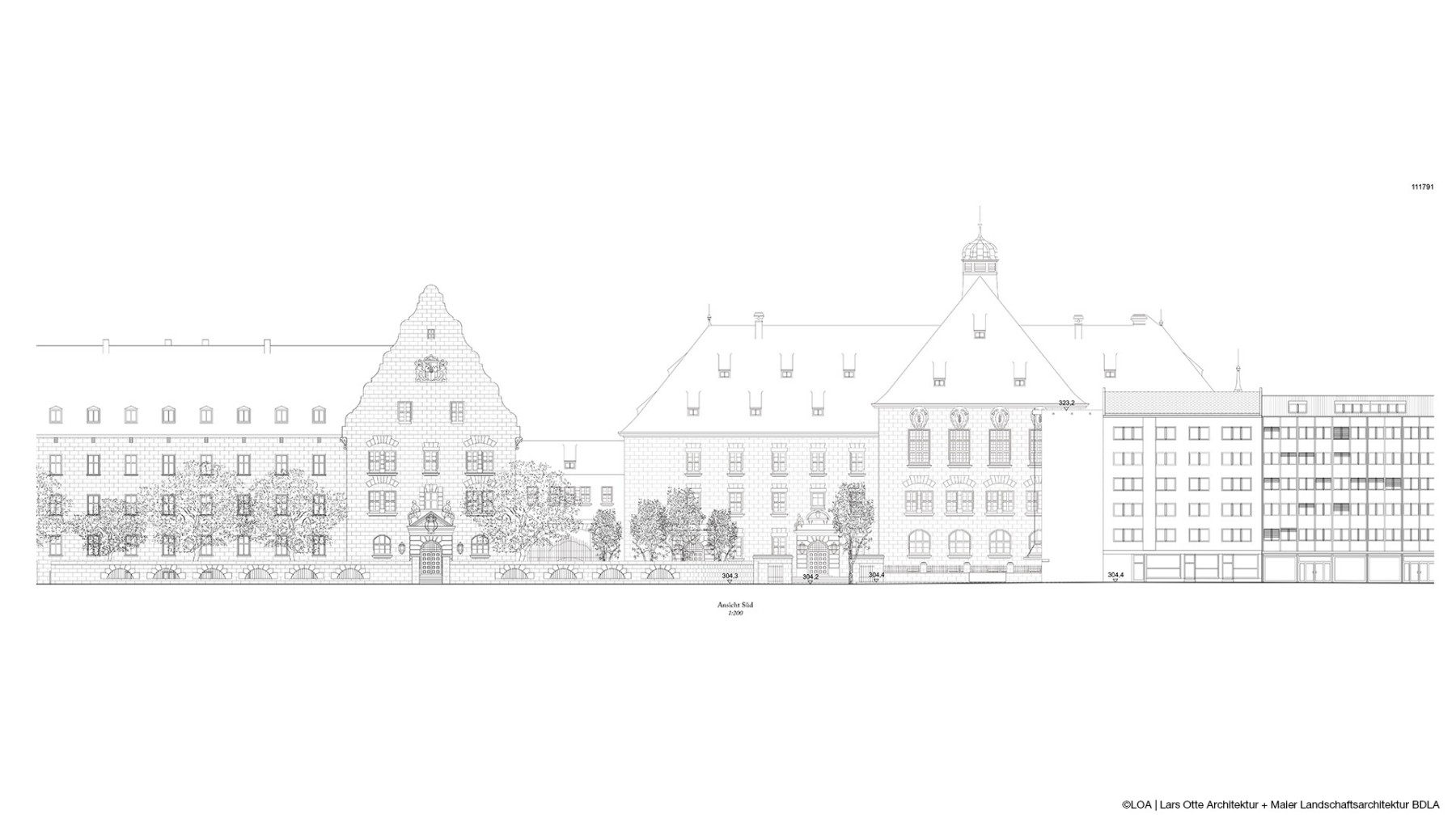 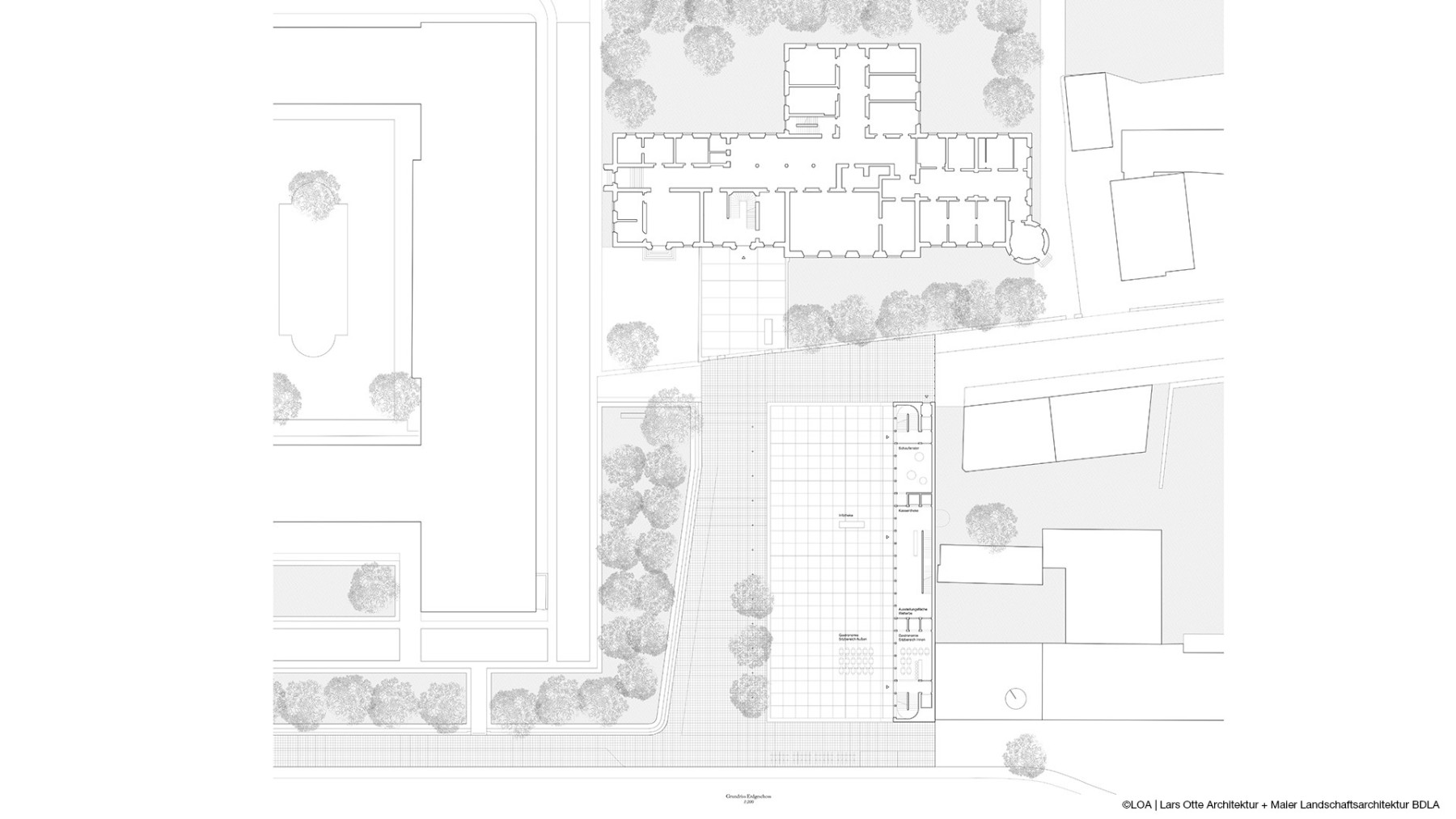