Opening of the skate and bike park Meerbusch 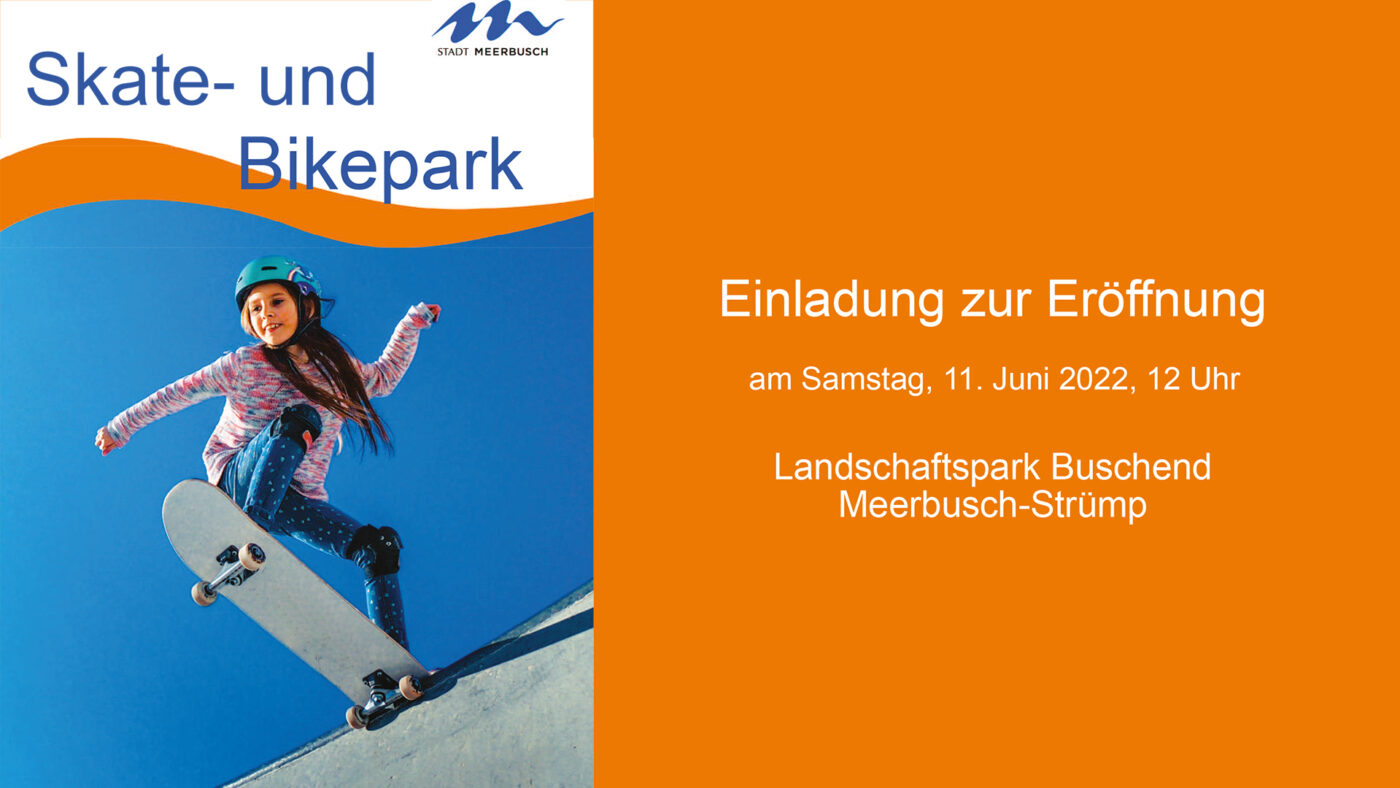 On Saturday 11 June at 12 noon, the new skate and bike park in Meerbusch-Strümp will be officially opened.
Below more info about the project from the flyer of the city of Meerbusch.

“After a three-month construction period is in the landscape park Buschend in Strümp on over
3,600 square meters of the skate and bike park Meerbusch emerged.
As part of a democracy project of the Querkopf Academy, children and young people have campaigned and fought for the construction of the facility since 2014.
The city administration had submitted a funding application to the state of North Rhine-Westphalia in the amount of 363,000 euros to finance the project, which was approved in full. Added to this were donations collected by the children and young people. The total cost was 418,000 euros.

The city council also provided the land in the Buschend Landscape Park free of charge. The facility is divided into a skate and a bike area, which offers different possibilities depending on the “skill” of the users.
After the start of construction in mid-February, we would now like to celebrate with you, the children and
young people and all those involved, to celebrate the opening of the skate and bike park.
In addition to a colorful program, you can also look forward to hot and cold delicacies and refreshing drinks.

All participants would be very happy about your participation.

Christian Bommers
Mayor of the City of Meerbusch”