The city of Hof in Bavaria is going to plan a public space and sport facility nearby the Eisteich. The construction is also including a Pumptrack, Bikeparks and skateparks next to the river Saale. There will also be water playground, which is build around the Lettenbach. Furthermore the Eisteich is going to be smaller, but a small beach will be built.

The reconstruction work of the municipal artificial ice rink (Eisteich, Theresienstein 4, 95028 Hof), which was planned by the office DIE HALLE architekten, has been completed. The first construction phase involved the implementation of the ice sports facility, the fistball field and the outdoor facilities, which already celebrated their opening.

After the first construction phase of the ice-skating rink, we were also commissioned with the planning of the second phase of construction. At the end of 2021, the complete second construction phase with skate park, pump track, fistball field, renaturation Lettenbach, multifunction fields and much more is to be completed. 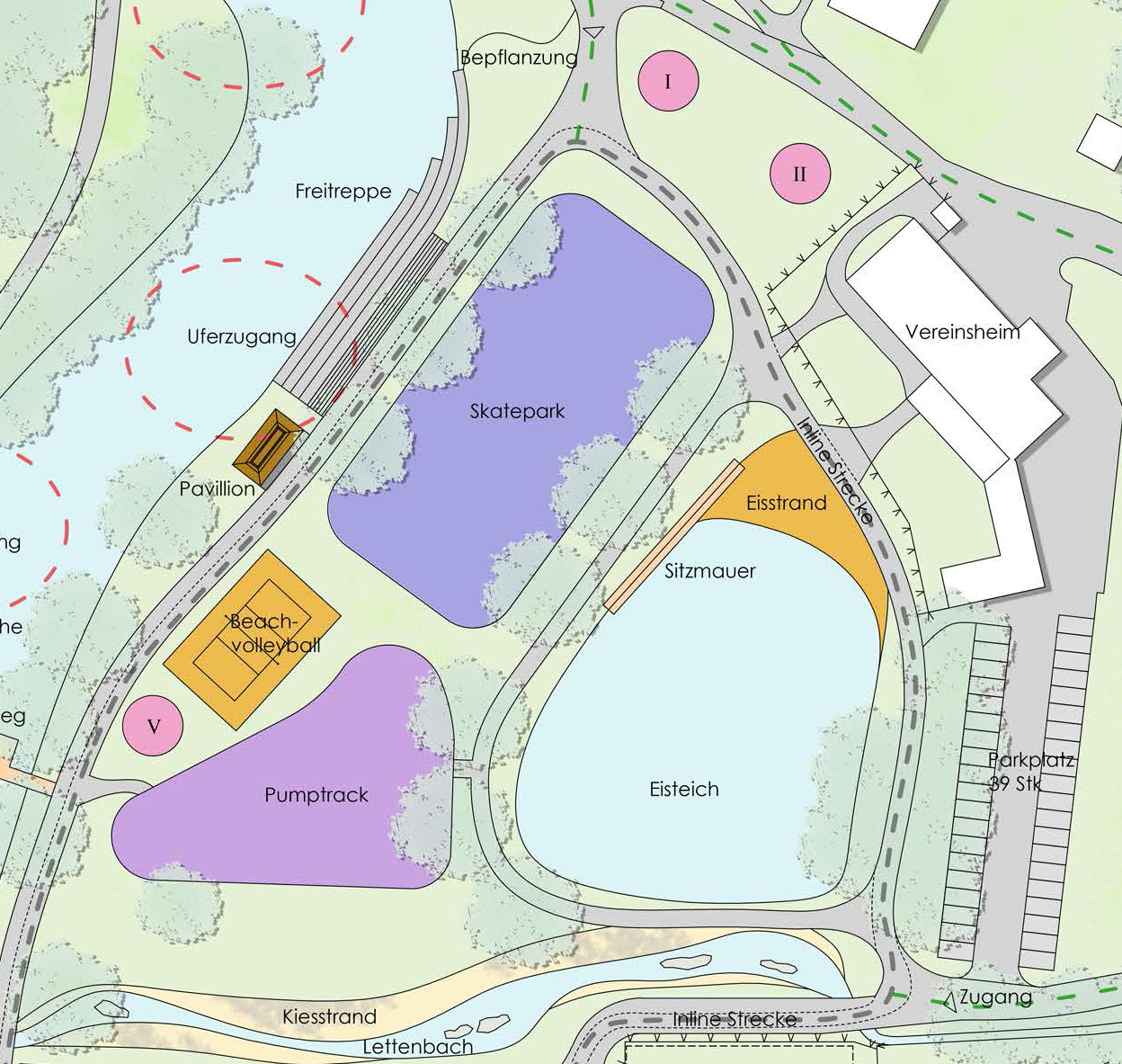 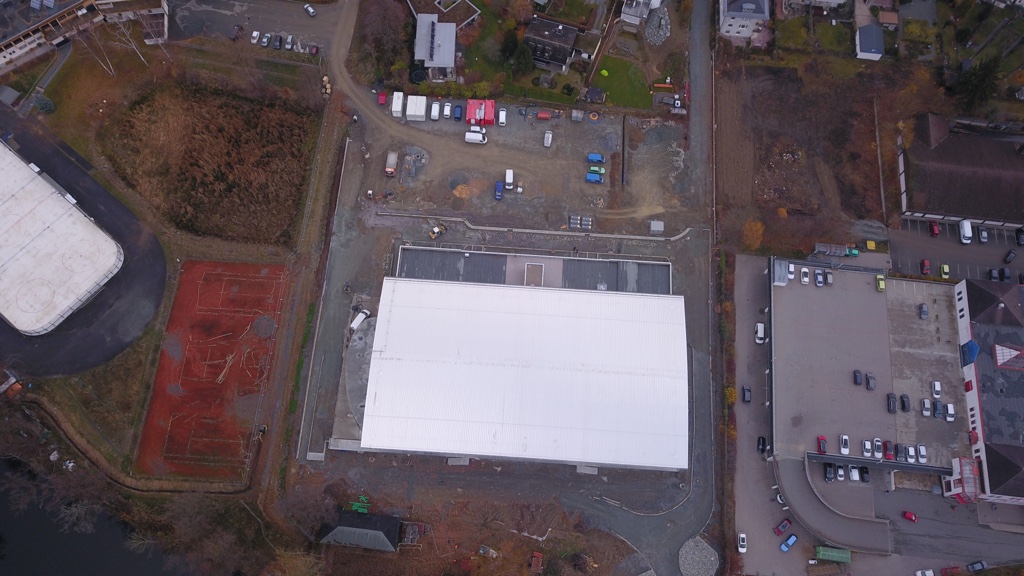